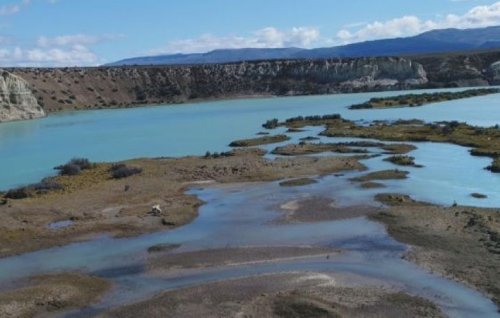 In southern Chile, the Rucalhue hydroelectric dam, which is currently undergoing the initial stages of construction on the Bío Bío River, only consulted with a handful of Mapuche-Pehuenche communities, the report said. Around 60 families were unaware that the project was happening until the day construction began.


China has spent the last two decades quietly establishing an economic foothold in Latin America, a region that has traditionally relied on Western investment. It’s become the top trade partner for countries like Brazil and Peru, and its banks have given out more than $137 billion in loans since 2005, mostly for infrastructure, energy and mining projects.

Chinese President Xi Jinping’s Belt and Road Initiative, which aims to improve economic relations in 145 countries through the development of land and sea routes, was expanded to include Latin America in 2017. Since then, 21 countries in the region have signed on.

But many of the projects backed by China are also some of the most egregious violators of human rights and environmental law. They neglect the needs of local and Indigenous communities and contribute to deforestation and pollution, according to a new report.

The Collective on Chinese Financing and Investments, Human Rights and the Environment (CICDHA), a coalition of conservation and human rights groups in Latin America, examined some of the largest China-backed projects in the region, providing a troubling overview of environmental wrongdoing.

“The impact on the environment not only directly damages the ecosystems and communities that live in them,” the report said, “but also impedes on the right of future generations to enjoy a healthy environment.” 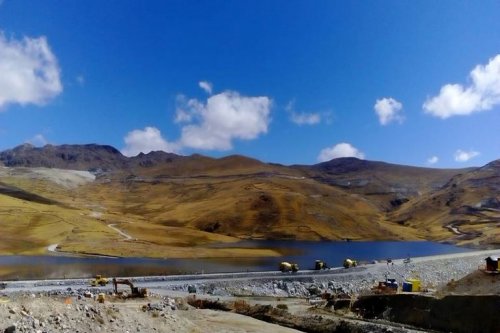 Work on the Las Bambas mine in Peru. (Photo via Wikimedia)
Impacts on biodiversity and Indigenous communities

The report looked at 26 projects in Argentina, Bolivia, Brazil, Chile, Colombia, Ecuador, Mexico, Peru and Venezuela. Of the 26, at least 24 are located in areas of “great ecological importance” and will likely have long-term impacts on biodiversity, the report said.

Many of the projects have damaged local watersheds, either by polluting them with cyanide, metabisulfite and peroxide, or interfering with river flows that result in flooding or droughts.

In the Cauchari-Olaroz lithium mine in Jujuy, Argentina, environmental impact studies were not carried out thoroughly enough, the report said, resulting in missing information about the potential impact on surrounding wetlands as well as access to potable water for local communities, six of which are Indigenous.

In a similar case, the Coca Codo Sinclair hydroelectric dam in Ecuador, finished in 2016, failed to adequately study the level of erosion that might result from the 1,500-megawatt project. Four years after its completion, the San Rafael waterfall collapsed, totally altering local river flows, the report said.

“In that project, there was no transparency, no information, no impact studies or adequate measures to prevent the violation of human rights,” Viviana Idrivo, coordinator of Alianza en Ecuador, one of the report contributors, told Mongabay.

In addition to ignoring environmental impact studies, many projects encountered problems because they neglected the prior consultation process, in which officials meet with local residents before construction to discuss expected impacts on the area.

Not only did many of the 26 cases reviewed carry out an inadequate consultation, but 12 failed to do one at all, the report said.

In southern Chile, the Rucalhue hydroelectric dam, which is currently undergoing the initial stages of construction on the Bío Bío River, only consulted with a handful of Mapuche-Pehuenche communities, the report said. Around 60 families were unaware that the project was happening until the day construction began.

But perhaps the most egregious example is taking place in Venezuela, where the report said Indigenous communities have tried and failed to obtain information about a gold mining project, Las Cristinas, which broke ground without their consent. So little information about it or other nearby mining projects exists that CICDHA’s report was unable to include a project update.

“The details of agreements, plans and financing by China for mining projects in the Venezuelan Amazon are unknown,” it said. 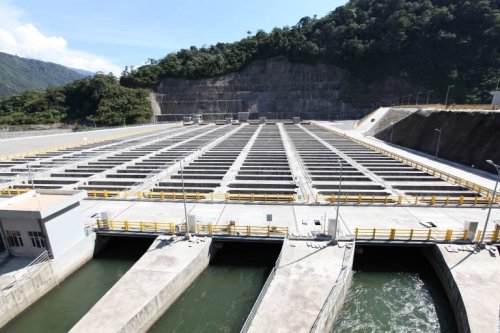 Every five years, each member country of the United Nations can choose to undergo a “Universal Periodic Review,” in which there is an evaluation of their human rights performance. China had its review in 2018, receiving 364 recommendations from 150 countries and accepting 284 of them.

Normally, countries also perform an update between reviews, but China has decided not to do that this time around. The CICDHA report is designed to replace the update for Latin America, and to urge the country to implement changes recommended in 2018.

“We hope that China will listen to the voices of local communities, review the behavior of its companies and financiers, and put in place the necessary procedures and tools to repair past damage and prevent future damage,” the report said.

Many of the recommendations made by the U.N. involved treatment of residents and workers. In the most extreme cases, some environmental defenders speaking out about the impact of the works were often threatened, attacked or killed.

In Colombia, six members of the Ríos Vivos Movement were kidnapped and tortured for opposing the Hidroituango hydroelectric dam. In Ecuador, Indigenous leader José Tendetza was murdered after speaking out against the Mirador open-pit mine, which polluted nearby rivers with toxic metals, the report said.

“It appears that Chinese investment is starting to become synonymous with conflict,” report contributor Javier Arroyo Olea, a member of the Latin American Observatory of Environmental Conflicts (OLCA), told Mongabay. “Over the last decade, Chinese investment has increased exponentially in Latin America but the Chinese state and companies have lagged behind in terms of how they behave.”

Mirador and other projects in the region also resulted in displacement of residents, often from areas that have ancestral importance for Indigenous communities. The report said seven of the 26 projects analyzed forced families from their homes and left them with few options for restarting their lives.

At the height of the COVID-19 pandemic, many China-backed projects continued construction, the report said, with at least six of them failing to implement adequate health measures to prevent the spread of disease. In Peru’s Marcona mine, workers were forced to stay as long as two months inside the mine, resulting in at least 24 COVID-19 deaths, the report said. Some of the employees were forced to sign statements saying they hadn’t developed symptoms while at work. 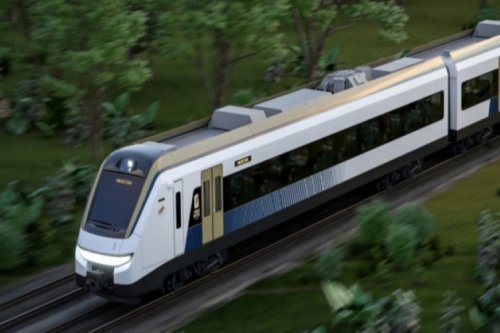 The Maya Train in Mexico was included in the report for deforestation and its treatment of Indigenous communities. (Photo via Fonatur)
Dim hopes for change

CICDHA’s report lays out numerous recommendations for improving the behavior of companies carrying out projects in Latin America.

Among them are the creation of new regulatory frameworks that better assess human rights and environmental impacts that Chinese companies are having abroad, especially in high-risk areas and conflict zones.

It also recommends that banks and Chinese companies develop a “due diligence review” of a project’s entire development cycle, which could help identify shortcuts being taken during environmental impact studies and prior consultation processes.

However, while China has already agreed to address hundreds of recommendations made in its 2018 U.N. review, it’s often hard to know how rigorously they are being addressed, if at all, some report authors said. Even if additional steps were to be taken to improve infrastructure development, there is a real possibility that problems would persist.

“Some recommendations are accepted but they don’t materialize concretely in the projects,” OLCA’s Arroyo said. “They accept them in theory but, in practice, when it comes to public policy or following up with guidelines, there’s very little that’s done. That’s what creates these problems.”